Politically correct parents who shun traditional fairy tales are missing the chance to teach their children right from wrong, an education expert claims. 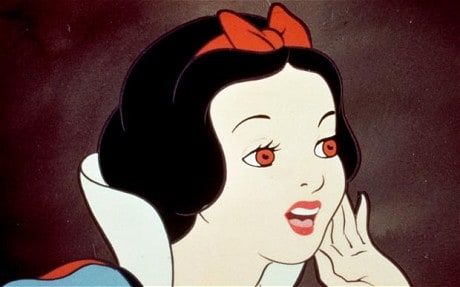 Growing numbers of parents no longer read classics such as Snow White and the Seven Dwarves to their children, because of concerns that they stereotype minority groups.

But Sally Goddard Blythe, a child development expert, argues that stories including Rapunzel and Cinderella are crucial to children’s development.

They nurture moral behaviour and show young people the strengths and weaknesses inherent in human nature, by contrasting good and evil, rich and poor and vanity and valour, she says.

In a new book, The Genius of Natural Childhood, she argues that while fairy tales may tackle difficult issues such as the death of a parent in Cinderella, they prepare them for life in the real world.

They also enlist "children’s innate wish for good to triumph".

Mrs Goddard Blythe, director of the Institute for Neuro-Physiological Psychology in Chester, said: "Fairy tales help to teach children an understanding of right and wrong, not through direct teaching, but through implication.

"They help to develop imagination and creativity and they help children to understand their own emotional dilemmas in an imaginative way rather than through direct instruction.

She writes in the book: "Far from demonising the dwarfs, the story of Snow White shows that underlying the physical diversity there can be greater kindness and generosity than is found in the stereotypes of beauty and wealth so lauded by celebrity-worshipping cultures.

"In many fairy stories (Goldilocks for example), the smallest and weakest in the group is the one with whom the heroine identifies and in The Emperor’s New Clothes, vanity and pride are revealed as vacuous posturing without substance, masking stupidity and obstructing the use of common sense.

"These stories are not cruel and discriminatory; rather they help children to understand, firstly, the quirks and weaknesses of human behaviour in general, and secondly, to accept many of their own fears and emotions."

She argues that children do need to learn that life isn’t always easy or fair and that there is ‘joy and sadness, love and loss, growth and degeneration’

"If as parents or society we seek to protect children from all unpleasant events, we do not equip them to deal with the real world," she writes.

Mrs Goddard Blythe also calls for greater use of fables and nursery rhymes to boost children’s development and language skills in her book, which is due to be published shortly by Hawthorn Press.

Meanwhile, in 2009, a poll of 3,000 British parents carried out by TheBabyWebsite.com revealed that a quarter of mothers rejected some classic fairy tales because they were too frightening and not politically correct enough.

Stories such as Cinderella and Rapunzel were being dropped by some families for fear they might emotionally damage their children.

A third of parents refused to read Little Red Riding Hood because she walks through woods alone and finds her grandmother eaten by a wolf.

One in ten said Snow White should be renamed because ‘the dwarf reference is not PC’. Rapunzel was considered ‘too dark’ and Cinderella was being dumped because she is treated like a slave and made to do all the housework.